1. NAME
The Society shall be known as "Falkirk Allotment Society" (hereinafter referred to as the Society)

2. OBJECTIVES
The society's objectives are:
i. To promote the provision of allotments in the Falkirk Council area.
ii. To represent and promote the interests of potential plot-holders in the Falkirk Council area.
iii. To provide, by whatever means agreed by the membership, support for plotholders and opportunities for the public to learn about allotments and their cultivation.

3. POWERS
To achieve the objectives above, the Society shall :
i. Contact Falkirk Council on behalf of potential plot-holders
ii. Contact other appropriate bodies for assistance and sponsorship
iii. Make agreements with potential plot providers
iv. Undertake any activities which are incidental or conducive to the furtherance of any of the Society's objectives.

5. MEMBERSHIP & FEES
i. Membership shall be confined to persons who are resident in the Falkirk Council Area, aged over 18, and whose membership fees are fully paid.
ii. In addition to the Society Membership Fee, members having accepted an allotment will be liable for an Annual Rent paid to the Allotment Society.
iii. A waiting list for plots will be maintained by the secretary on behalf of the Society. The waiting list will operate on a simple first come first served basis. As long as there are members on the waiting list membership shall be restricted to one plot per household.

6. MEETINGS
i. The Committee shall meet at a minimum monthly, or at the discretion of the Chair or Secretary.
ii. The Annual General Meeting shall be held in November of each year. An Extraordinary General Meeting may be summoned on the request, in writing, of 50% of members.
iii. Written notice of motions or business to be brought forward at an AGM shall be given 4 weeks prior to the AGM.
iv. At the discretion of the chair, relevant business may be discussed at the AGM, without prior notice.
v. Any guest speaker invited to address the meeting will do so before the business of the AGM.

7. RULES AND PROCEDURES AT MEETINGS
i. Chair: All meetings will be chaired by the Chairperson, or by another Society Member, as agreed by those present.
ii. Voting: All votes will be decided by a simple majority of the Members present. In the event of a tied vote, the Chair has a casting vote.
iii. Quorum: The quorum for Committee Meetings is 3 elected members, for other Meetings, 10 members or 60% of the membership whichever is greater.
iv. Attendance at meetings: persons not attending meetings of the Committee without apologies on three consecutive occasions will be deemed to have forfeited their right to be informed of future meetings, and will be removed from the Committee.
v. Disputes: In the event of any dispute over the conduct of a meeting, the Chair's decision shall be final.
vi. Resolutions: Any member may propose a resolution for discussion at a General Meeting. To ensure that a resolution is discussed, it should be submitted, in writing to the Secretary, along with the names of the Proposer and a Seconder, in time for it to be circulated to the Members 4 weeks in advance of the relevant meeting. Any member may propose a resolution at a General Meeting, but in this case, it will be the Chair's decision whether or not it will be put to the Meeting.

8. FINANCE
i. All monies raised by the Committee shall be applied to further the objects of the Society stated above and for no other purpose.
ii. No member of the Committee shall normally be paid fees or receive any remuneration other than out-of-pocket expenses.
iii. The Treasurer shall keep proper accounts of the finances of the Society.
iv. The accounts shall be passed to an independent examiner agreed by the committee. The accounts shall be passed to the independent examiner two months before the AGM, so that they can be circulated to the Members with the AGM papers.

10. DISSOLUTION OF THE ORGANISATION
If the management committee by a simple majority decides at any time that, on the grounds of expense or otherwise, that it is necessary or advisable to dissolve the group, it will call a special meeting of the group. Not less than seven clear days' notice (stating the terms of the resolution to be proposed at the meeting) shall be given. If such decision is confirmed by a two-thirds majority of the votes cast in relation to the resolution at such meeting, the management committee shall sell such of the assets of the group as they may consider appropriate for the best price reasonably attainable and settle the debts and liabilities of the group.

Any assets remaining after the satisfaction of all debts and liabilities, including the return of those items and assets advanced or on loan to, shall not be paid to or distributed among the members of the organisation, but shall be given or transferred to a recognised charitable body with similar charitable purposes. 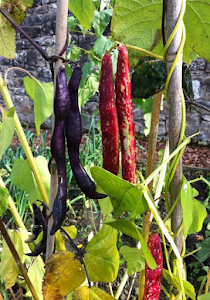